It’s 2021, thankfully. We’re all ready to move on. Let’s just put yesterday behind us and look to an optimistic, brighter tomorrow. I for one think that Americans will prove to be more resilient than ever, learning and growing individually and as a whole. Strength and resolve will be the new culture this year, just watch, along with the universal marketing slogan “All new and improved for 2021.” What may not change this year is the housing market. If anything, we expect to see a continued housing boom if all predictions are correct, fueled by three important factors, among others.

Factor #1: Beginning last April, home buyers began to flee cities across the U.S. with San Francisco being no exception, if not the banner ad photo for people leaving the crowded space of a city for the wide-open space of a nearby county (read: Marin). We saw this in many other cities in the Bay Area–and statewide–but perhaps nowhere more specific than right here, given the fresh air of our county is only twenty minutes from most of SF. Granted, many single family home neighborhoodsof San Francisco saw an enormous influx of new buyers, with multiple offers of 10-15 on each new well-priced, well-located listing. Most of these buyers were apartment or condo dwellers, looking to get away from lobbies, elevators and narrow hallways, aiming for healthier climes of some space between them and their neighbors. This describes most of Marin already, along with parts north, so it was a natural to see these renters become buyers, especially with mortgage rates hovering at or below 3%. Remember after your interest deduction write off on your taxes, these rates are effectively 2%. And with rents already high, why not become a homeowner?

Factor #2: The new WFH (work from home) economy for employers and employees. Figures were just released today that indicate companies are saving an average of $10,000 per employee for those who work from home. Multiply this by thousands of people and the numbers are really big. The employees themselves are also saving an average of $5,000 by not having to commute (or wear long pants), but neither of these speaks to the increase in productivity for both sides. We’ve all read that tech giants like Apple, Google, Salesforce and Facebook have given their employees late into this year or next to return to work. But the question is, will it ever be the same with hundreds of thousands of commuters packing our roadways each day. Or will WFH be the new norm, further increasing the demand for larger home areas to work within?

Factor #3: The passing of Proposition 19. As you may have read, home sellers can now trade down and take their property tax basis with them, throughout the entire state (as opposed to just 9 counties previously). If they’re over 55, have a disability or lost their home in a natural disaster, they can also do this 3 times. Sellers can also trade up in value and take their basis with them, but have to pay an adjusted value that still makes it economically viable. This could result in a giant musical chairs of home and tax base swapping statewide, we just don’t know. But at least sellers now have more options if they want to remain in California.

That’s it for now. Enjoy January and all of 2021 wherever you are and please stay safe. As always, thanks for reading. 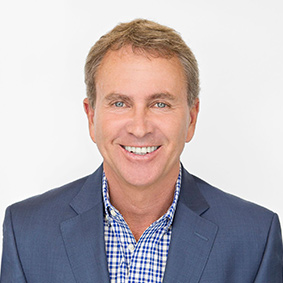