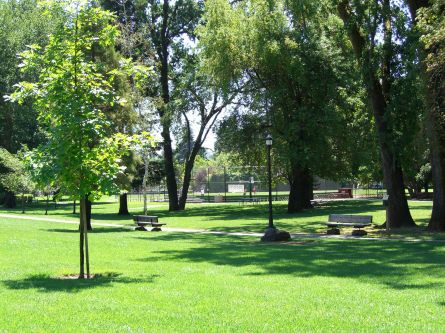 The playing field and park at Ross School. That isn't fake grass, either. 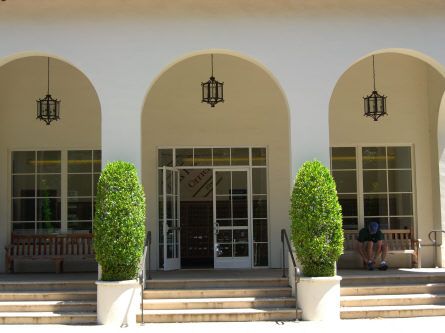 Ross has no mail delivery to the homes. Residents pick up at the local Post Office. 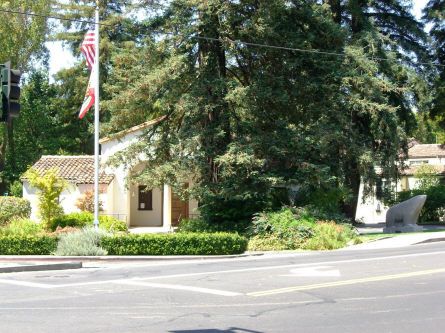 The Town offices are at the entrance to Ross, at the corner of Lagunitas. 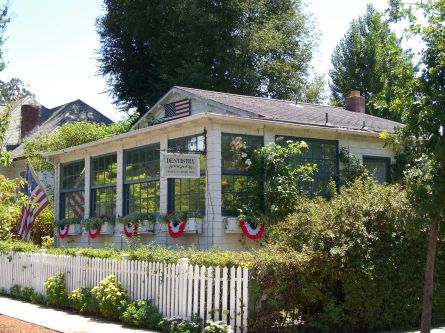 This local Dentist's office is so cute, it almost makes you want to go! Almost. 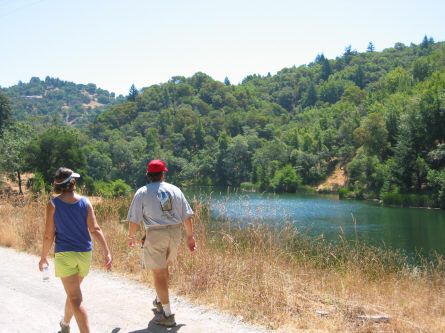 Enjoy a leisurely walk around Phoenix Lake, where the terrain varies from the flat... 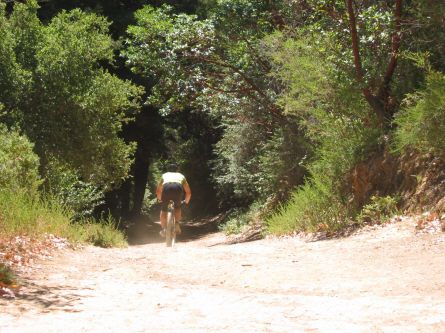 To the steep, for some serious mountain biking. No, this isn't me. 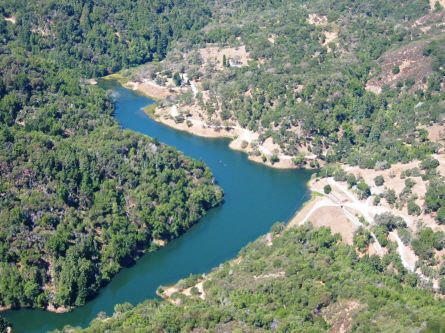 The aforementioned, Phoenix Lake, a reservoir for Marin's drinking water. 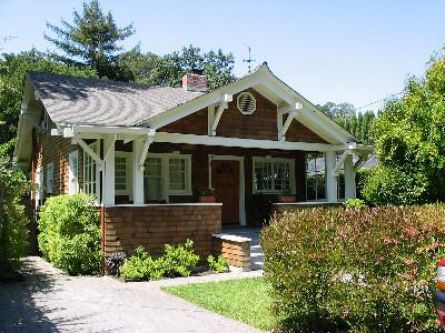 Ross homes range from the small and expensive... 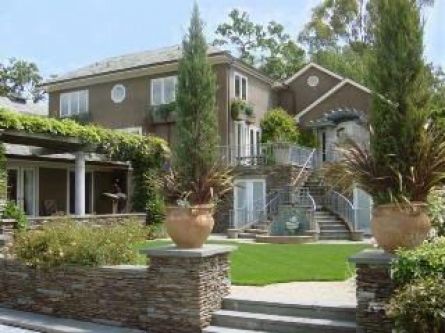 To the large and more expensive. 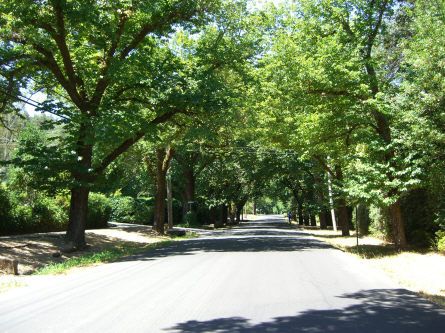 Lagunitas Road, a famous scene was shot here in The Godfather II with Al Pacino. 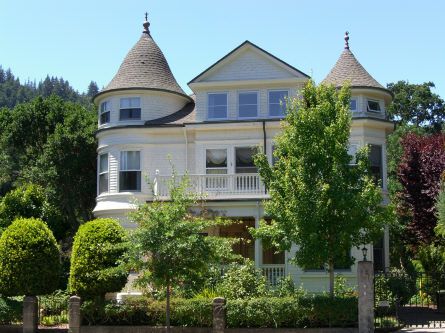 Remember this house from the movie Jack with Robin Williams Right off Ross Common. 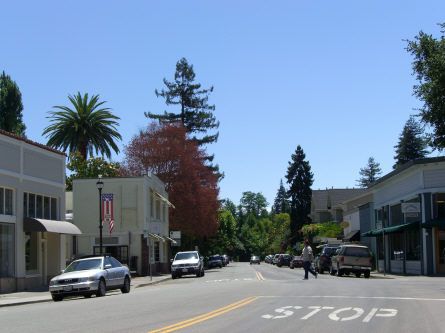 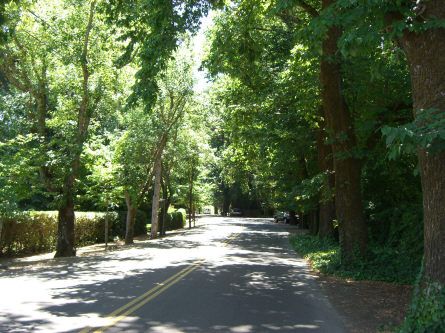 Shady Lane features some of the older estates in Ross and is a key street for Halloween. 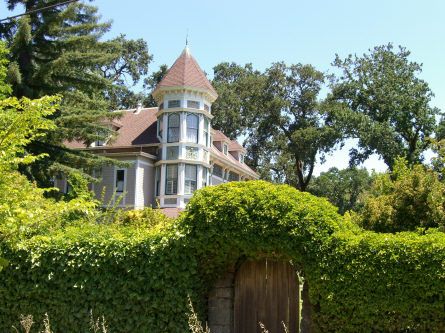 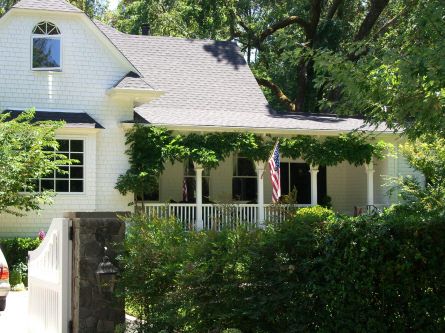 They can also be small and stately on mid-sized lots. This is a gorgeous area. 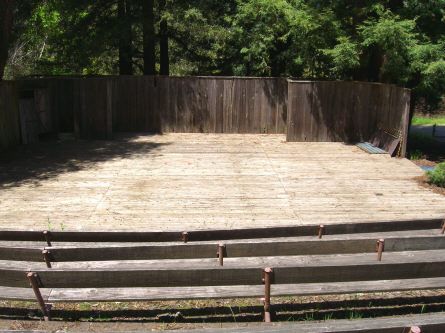 There's an outdoor stage nearby also, for summer productions. 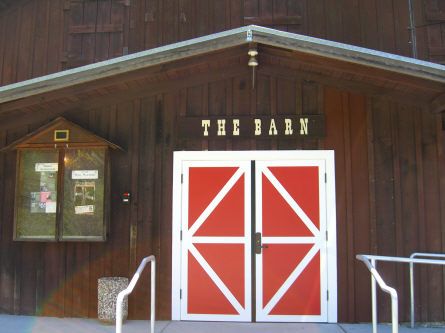 The Barn is a great place to watch indoor theatre productions. 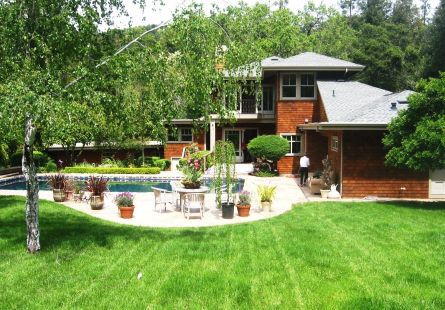 Ross is one of our more exclusive towns, with wonderful homes often on large lots. 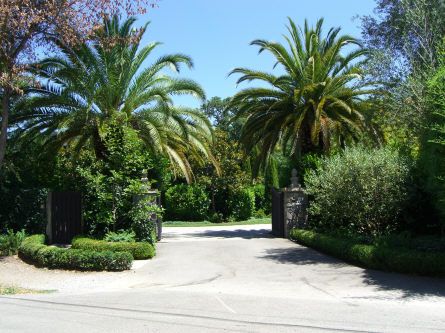 Many of the homes feature spectacular driveways off the street, like this one. 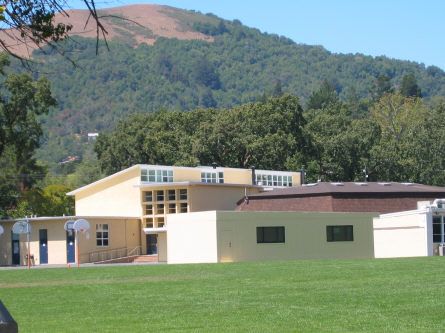 Ross School sits in the middle of town and has been in the top ten of all schools in America.
Prev
Next

The town of Ross is the quintessential example of a bedroom community – quiet, lush neighborhoods, low-density development, beautiful architecture and landscaping, and just an 18-mile drive to San Francisco. Shaded roads and lanes enhance this lovely town of grand estates and luxury custom homes. Large properties in park-like settings often have accommodations for horses, as well as tennis courts and swimming pools. What started out as seven Miwok Indian shell mounds, is now the home to 800 families.

James Ross (for whom Ross CA is named), an immigrant from Inverness Shire, Scotland bought the “Rancho Punta de Quentin” for $50,000 in gold coin from Benjamin Buckelew in 1857. The “Rancho” was formerly an 8,877-acre Mexican Land Grant. Ross established Ross Landing (now Kentfield Corners) and ran schooners to San Francisco. The Ross family moved into the Buckelew home, which still stands at 111 Redwood Drive. Ross’ eldest daughter Annie and her husband built a home they named “Sunnyside”. The Sunnyside Estate is now known as the Marin Art & Garden Center and includes the famous Octagon House. From 1945 through 1970, the Marin Art & Garden Center was the site of the Marin County Fair. The Center is a beautiful ten-acre site that, in addition to housing several non-profit community groups, also offers many classes and activities for adults and children.

Throughout the 1890’s numerous estates are established by prosperous families from San Francisco. The town is incorporated in 1908 and at that time has 750 houses. In the 1980’s, all of the Town’s five concrete bridges are included in the National Register of Historic Places. Surrounding the Ross Common is a small, very quaint commercial area featuring restaurants and shops. One enterprise, the Ross Grocery, has been operated by the same family since WWII. Residents are universally proud of, and offer support to, the local elementary school. In 1991, Child magazine named Ross Elementary School as one of the top ten schools in the nation. The academic ranking is the 99th percentile, the highest any school can achieve. Ross, often characterized as the suburban ideal, is also the definition of gracious living.